Development and Market Application of Modified Atmosphere Packaging for Food 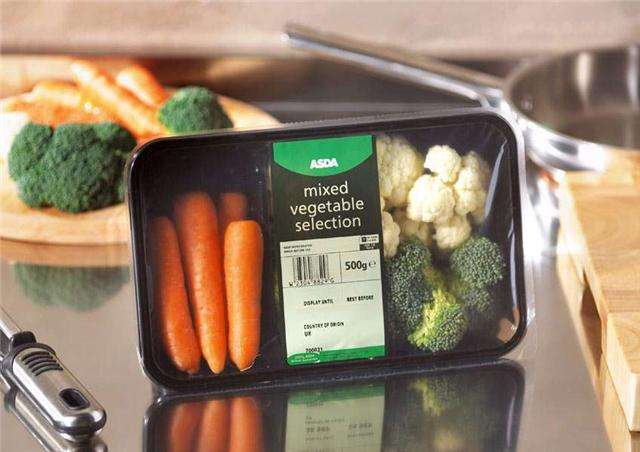 Food processing and packaging technologies have demonstrated that methods of reducing microbial activity at low temperatures and thermally destroying microorganisms can preferentially delay microbial growth in food. Colleagues reduce the oxygen content in the environment and increase the carbon dioxide content, which can slow down the respiration and reproduction of microorganisms. After harvest, vegetables maintain life through oxygen-consuming respiration and degradation of their own substrates to produce carbon dioxide and water.

It has been proven for many years that reducing oxygen while increasing carbon dioxide and eliminating ethylene can slow down the respiration of fruits and vegetables, thereby delaying the aging and wilting of fruits and vegetables. These scientific times are the theoretical basis for the development of modified atmosphere packaging for food. As early as the early 12th century, when fresh beef and mutton were shipped from New Zealand to England, solid carbon dioxide was used to preserve freshness longer than wet ice, and it was unexpectedly discovered that this phenomenon was due to the effect of modified atmosphere. Later, the modified atmosphere was further applied to transportation vehicles and cold storages to transport or store fresh meat by increasing carbon dioxide and reducing oxygen in the carriage or warehouse. In 1930, American researchers found that the respiratory activity of apples and pears placed in a sealed refrigerator reduced the oxygen content in the warehouse, increased the carbon dioxide content, significantly reduced the respiration rate of the fruit, and made the fresh-keeping period up to 6 months. In 1950, this storage method, which utilizes the breath's own conditioned atmosphere, was greatly developed across the United States.

(1) Tectrol system: From 1950 to 1960, American scientists proposed the concept of direct control of the surrounding environment of meat and fruit. and temperature for full control, i.e. gas storage. By 1960, hundreds of controlled atmosphere warehouses had been established in the United States and Europe to preserve fresh fruits and vegetables.

(3) Modified atmosphere packaging of cooked meat products: In 1950, in the United States, cooked meat products such as ham and sausage were vacuum packed, and then developed into vacuum nitrogen-filled box packaging. American Standard Packaging and DuPont began packaging cooked food with carbon dioxide instead of oxygen to extend shelf life.

(4) Modified atmosphere packaging of baked goods: In 1960, the British Flour and Bakery Research Association concluded that carbon dioxide can inhibit the growth of molds on the surface of baked goods, but it was not applied to bread packaging until 1970. In the US and Canada after 1980, sandwich packaging for filled meat products has a shelf life of several weeks at refrigerated temperatures.

(5) Modified atmosphere packaging for red meat: In 1960, Kalle, Germany, proved that fresh red meat can maintain the cherry red color of fresh meat under high oxygen and high carbon dioxide atmosphere. The concept that the effect of high carbon dioxide inhibiting microorganisms to offset the adverse oxidation reaction was accepted by the West German enterprises at that time, and the commercial production of fresh red meat high-oxygen preservation and color-preserving packaging was realized by using a thermoforming vacuum-inflatable packaging machine. Many European packaging machine manufacturers such as Germany, Sweden, and France mass-produce this type of machine. Cut fresh red meat is supplied in bulk to retailers through meatpacking distribution centres, a form of packaging that is widely promoted in Europe.

(6) Sous vide packaging: In 1980, a French chef developed the Sous vide packaging or pasteurized vacuum packaging when he studied the relationship between the total heat input in food processing and food quality, to provide insurance dishes for the catering industry. Sous vide packaging requires strict storage temperature management at 3 degrees, and its shelf life is about 21 days. Sous vide packaging has an important position in the French catering industry. The United States also has similar packaging Chen Wei cooking-cooling packaging, which supplies soups and seasonings in bulk to hotels, restaurants and canteens. However, pasteurization can only destroy the spores of anaerobic pathogenic bacteria that are aerobic spoilage but not thermally stable. If these disease spores leave the temperature control, they will produce toxins, so this type of pasteurization packaging can only be stored at low temperature for a short period of time.

(7) Modified atmosphere packaging for pies: In 1980, the production and packaging of pies in the United States adopted measures to optimize the selection of ingredients, improve the sanitary conditions of processing, modified atmosphere packaging and maintain 30% moisture. The safe quality of the pie can be maintained for more than 40 days at refrigerated temperatures. More importantly, this processing method and packaging raw materials have been further applied to the fresh-keeping packaging of main dishes, side dishes and meat and salads.