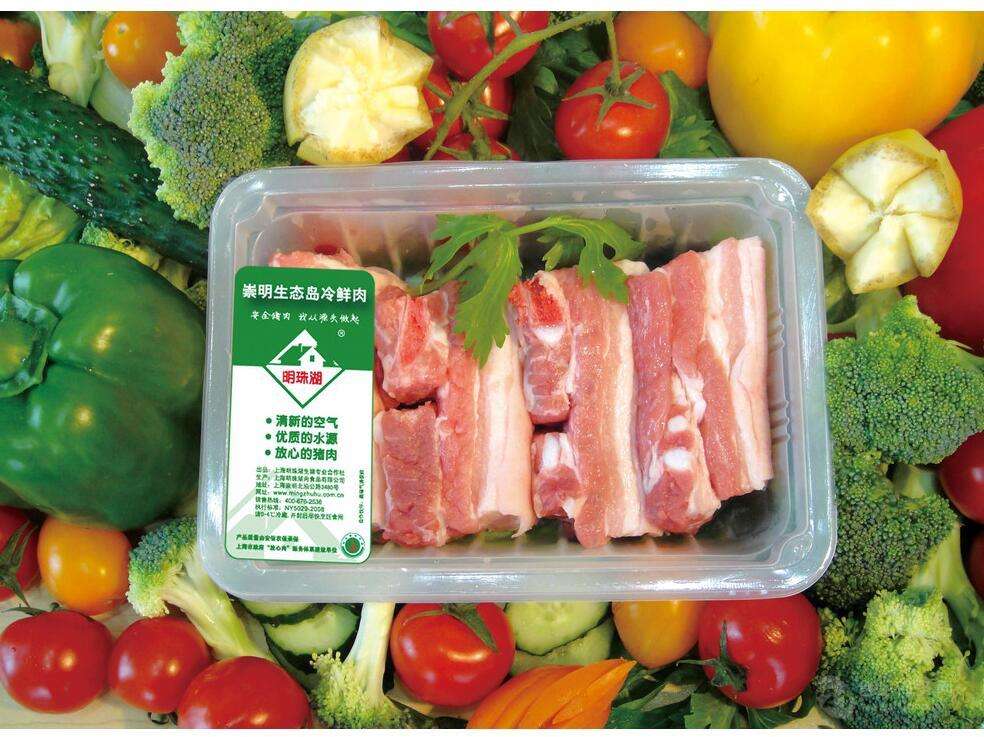 Hot fresh meat: After the livestock and poultry are slaughtered, a series of biochemical changes occur in the muscle under the action of tissue enzymes and external microorganisms. After the animal is slaughtered, the meat temperature has not been lost, and it is soft and has less elasticity. This kind of meat is in a fresh state. , The meat that has not lost its body temperature before death is called hot fresh meat. For example, the pork sold by the so-called knifeman on the chopping board in the farmer's market is hot fresh meat. Chilled meat: also known as chilled meat, refers to the refrigerated environment strictly controlled at 0 ℃ ~ 4 ℃ and relative humidity of about 90%, after slaughtered pig carcasses are placed for 16 hours to 24 hours, and a series of changes in muscle tissue occur. After that, the stiffness of the muscle gradually disappeared. Due to the action of acid excretion, protease, calcium activating enzyme and other factors, the large muscle cellulose gradually transformed into small muscle fibers and fiber sheets. At the same time, the protein produced amino acids and flavor substances under the action of enzymes. It makes the muscles tender and juicy, with rich meat flavor, which is easy for the human body to digest and absorb, and becomes the real edible meat.

Frozen meat: The meat after slaughter is first frozen in a cold storage below minus 28&deg;C, so that the core temperature is lower than minus 15&deg;C, and then stored in an environment of minus 18&deg;C, and sold in a frozen state. From the perspective of bacteriology, when the meat is frozen to minus 18&deg;C, the growth and reproduction of most microorganisms are inhibited, which is relatively safe and hygienic. However, during the freezing process of the water in the meat, the volume will increase by about 9%, and the formation of a large number of ice crystals will cause cell rupture and damage to the tissue structure to a certain extent. , and the flavor will be significantly reduced.

Chilled meat, also known as chilled meat, fresh meat, refers to the strict implementation of the veterinary quarantine system, and the rapid cooling of the slaughtered animal carcasses, so that the carcass temperature is reduced to 0- 4 degrees Celsius, and keep fresh meat in the range of 0-4 degrees Celsius during subsequent processing, distribution and sales. Developed regions began to promote chilled meat as early as the 1920s and 1930s. At present, chilled meat accounts for about 90% of the fresh meat they consume. The consumption of chilled meat has also become a trend in my country. . The fresh meat is usually slaughtered in the early morning and marketed in the early morning without any cooling treatment. Although it has passed the sanitation inspection after slaughtering and processing, in the process from processing to retail, the meat is inevitably contaminated by air, insects, transportation vehicles and packaging, etc., and the temperature of the meat is high during these processes, bacteria are prone to A large number of proliferation, can not guarantee the safety of meat consumption.

The main difference between the two is: 1. High safety factor: The whole process of chilled meat from raw material quarantine, slaughtering, quick-cooling segmentation to deboning, packaging, transportation, storage, and sales is always under strict monitoring to prevent possible contamination occur. After slaughtering, the product has been kept at a low temperature of 0-4 degrees Celsius. This method not only greatly reduces the initial bacterial count, but also significantly improves its hygienic quality because it has been kept at a low temperature. Listed without any cooling treatment. Although it has passed the hygienic inspection after slaughtering and processing, during the process from processing to retail, fresh meat is inevitably polluted by air, insects, transport vehicles and packaging, and the temperature of the meat is high during these processes. Bacteria are prone to proliferate in large quantities, and the edible safety of meat cannot be guaranteed. 2. High nutritional value: Chilled meat follows the basic laws of meat biochemistry. Under the appropriate temperature, the carcass completes the process of rigor, softening, softening and maturation in an orderly manner, the muscle protein is degraded normally, and the muscles are sour and soft. The tenderness is significantly improved, which is very beneficial to the digestion and absorption of the human body, and the chilled meat is more tender. And because it is not frozen, it does not need to be thawed before eating, and there will be no loss of nutrients, which overcomes the nutritional defect of frozen meat.

3. High sensory comfort: chilled meat has bright color within the specified shelf life, and myoglobin will not brown, which is no different from fresh meat, and the meat is softer. Because of its gradual maturity at low temperature, the accumulation of certain chemical components and various small molecular compounds formed by degradation, the flavor of chilled meat is significantly improved, and the boiled soup is clear and mellow.

4. High product cost: The reason why the price of chilled meat is higher than that of fresh meat is that the production process has to go through multiple strict procedures, consume a lot of energy, and the cost is higher.