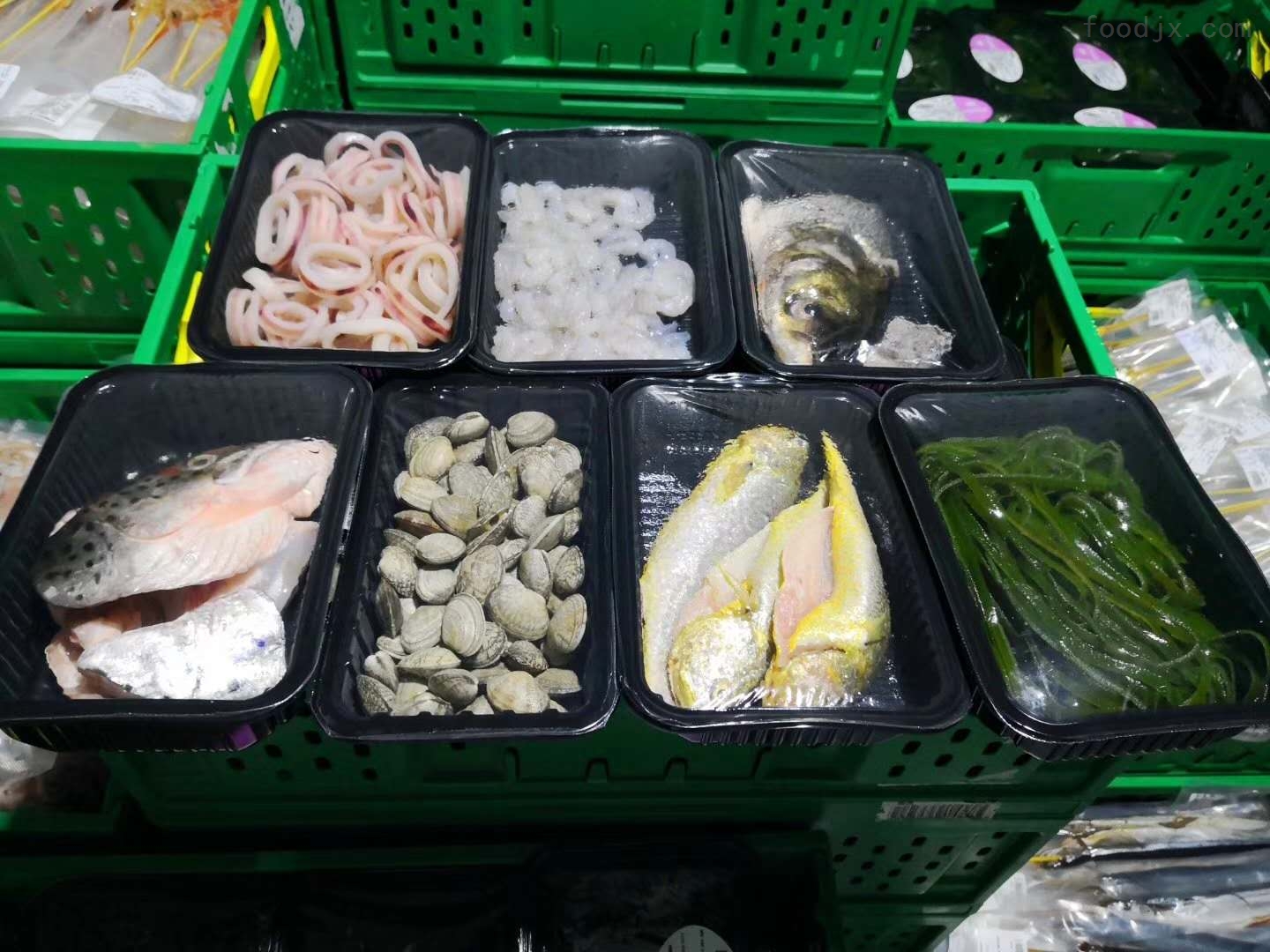 Fresh food is not only a basic need, but also a standard for measuring living standards. With the acceleration of urbanization in China and the continuous improvement of people's living standards, the market for fresh meat products will further expand, and consumers will no longer just choose products. , but also to choose a consumption concept and consumption method. Consumers increasingly value the fresh texture, authentic taste, green environmental protection and attractive appearance of meat products. Therefore, the food industry needs to develop new food packaging technologies to meet the needs of customers. Due to the development of society and the continuous increase of consumers' demand for high-quality food, the use of fresh meat products will definitely become a new market development trend. With the continuous rapid growth of China's economy and the continuous improvement of domestic consumption levels, consumers are becoming More and more attention is paid to the safety and freshness of food, and fresh food will surely become a new economic growth point for food production enterprises. At the same time, it should also be noted that there are still mixed situations in the domestic production industry of modified atmosphere packaging machine equipment, which affects the process of the food modified atmosphere packaging machine market to a certain extent. Rationally, I believe that China's food preservation packaging will flourish in a short period of time and become the mainstream of consumers' purchase of food.

Talk about the reliability of modified atmosphere packaging:

1. The number of microorganisms

Generally speaking, freshly made cooked food does not contain any bacteria and is relatively hygienic and clean. But after we put it for a period of time, the cooked food is contaminated with a large number of bacteria after contact with our utensils, air, and people. These bacteria will use the delicious nutrients (organic matter) provided by the cooked food to multiply and grow rapidly. After 4 hours of storage, the total number of colonies and E. coli They are all seriously exceeding the standard, and there is a certain risk if they are eaten, so it is recommended to heat and sterilize them before eating.

The bacteria after modified atmosphere packaging are in a relatively balanced amount. For example, when cooked food is isolated from oxygen, aerobic bacteria no longer reproduce and grow, but they do not die, but are in a dormant state. The reproduction of anaerobic bacteria and facultative bacteria is inhibited to a certain extent, and they are in a relatively balanced growth ratio: their growth and reproduction speed and the decay speed are basically equal.

The cooked food in the packaging box is isolated from the outside world, which basically prevents the exchange of internal and external moisture and the loss of moisture, so the moisture is as abundant after being placed for a period of time.

The modified atmosphere packaging machine keeps the food in a normal pressure environment, avoiding the extrusion and deformation of the food, as well as the hardening of the meat and the loss of the stained liquid, and the taste is natural and pure.

Modified atmosphere packaged food avoids the spoilage of microorganisms and the loss of taste during the shelf life, and better maintains the taste and color of the food just out of the pot, so it is better for consumers.

As a food producer, although I am not a professional, I think that the future market should be large-scale and standardized production instead of small workshops and mobile production methods. Those small merchants and hawkers who cannot meet the food arrangement Sooner or later, it will withdraw from the stage of history.

The modified atmosphere packaging technology of chilled fresh meat has been applied in China. It is known that microorganisms and biochemical reactions are the reasons for the deterioration of perishable food. However, this is what fresh meat and seafood are particularly concerned about. Meat spoilage begins after slaughter, which is difficult to stop because microorganisms have already reached it. How can we reduce or slow down the spoilage process? A well-known method is freezing. Frozen food has lost its original delicious taste, so many people are not willing to buy frozen food. Faced with this problem, the application of modified atmosphere packaging technology is of great significance at this moment.

The use of modified atmosphere packaging technology can prolong the shelf life of different foods. This means that waste is reduced to a smaller extent, and restocking and ordering may become more flexible.

The product is sold to the greatest extent possible, with obvious opportunities for frying to be discarded. Although we have a complete and complex information management system, it still cannot accurately predict the daily throughput of a supermarket. The shelf life of products used with MAP technology is as long as possible, reducing waste more effectively.

3. Maintain the color and taste of food

In terms of quality, the advantages for retailers and consumers are very obvious. In terms of its journey from the production area to the central kitchen, freezer, and refrigerator storage, the deterioration has become much slower. Another important thing for quality is color and luster. Fresh meat is particularly prominent, 70-80% oxygen and carbon dioxide mixture using cold fresh meat not only has a delicious taste, but also maintains the red color that represents freshness. The meat we pack using modified atmosphere technology loses its color, but when we unpack it, the color returns, losing the molecules that are responsible for the color of meat and meat products.

If there is a "this product does not contain preservatives" label in food, it is often sought after by consumers. Nowadays, more and more attention is paid to food safety. People talk about "rot" and discoloration. Preservatives and artificial additives are becoming less and less popular. They are also the most controversial among all kinds of food additives. People seem to have already formed a fixed Thinking: Foods need preservatives for long-term preservation - but preservatives have a great impact on human health, and even have the potential to cause cancer. For this reason, people have put forward the demand for "green" food. The modified atmosphere packaging machine technology has achieved the purpose of inhibiting microorganisms and germs by changing and controlling the gas in the food packaging, thereby extending the shelf life of the food without adding any preservatives at all. and artificial additives to meet people's demand for "green food".

In general, the modified atmosphere preservation gas is generally composed of carbon dioxide (CO2), nitrogen (N2), oxygen (O2) and a small amount of special gases (NO2, SO2, Ar, etc.). The functions of various gases are as follows: CO2 gas has the effect of inhibiting the growth and reproduction of most spoilage bacteria and molds, and is the main bacteriostatic agent in fresh-keeping gas; O2 has the functions of inhibiting the growth and reproduction of most anaerobic spoilage bacteria, maintaining the color of fresh meat, and maintaining freshness. Fruits and vegetables are in the fresh state of respiration and metabolism; N2 is an inert gas, which generally does not chemically interact with food and is absorbed by food. It is used as filling gas in modified atmosphere packaging machines to prevent CO2 and other gases from escaping from the packaging and causing the packaging to collapse. Different foods, fruits and vegetables have the same composition and proportion of fresh-keeping gas. The key to the modified atmosphere packaging machine for crops is to keep the oxygen permeability of the packaging material matched with the respiration rate of the product.