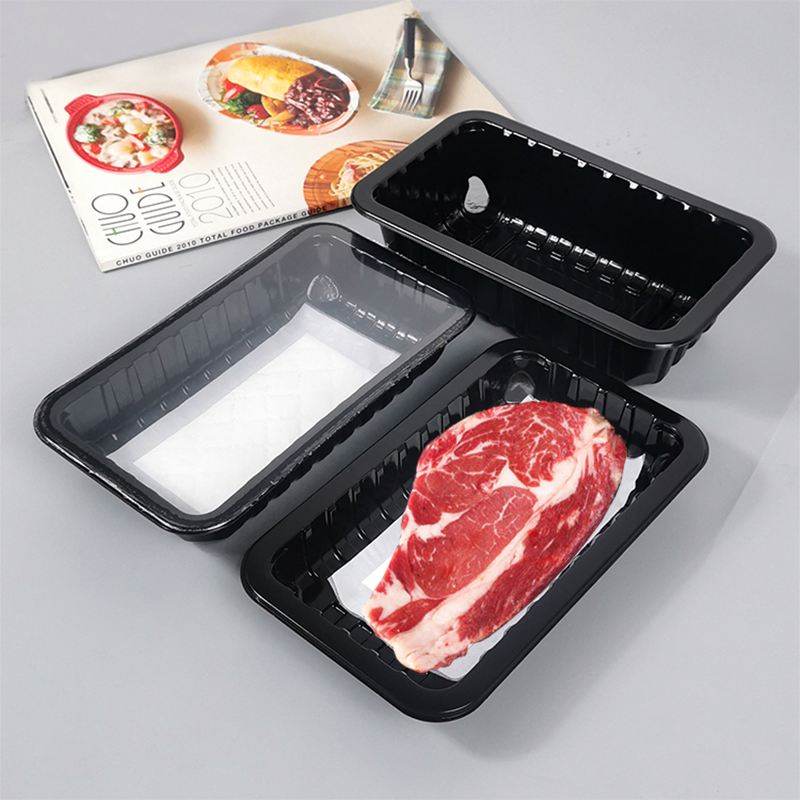 Meat, as food, enjoys a special status in the general concept of man. Compared with other staple foods such as cereals, vegetables, and fruits, meat is often considered to be a more delicious and rare food, especially in ancient and modern times and even in the first half of the 20th century; and in the second half of the 20th century, Meat consumption in many societies has grown substantially compared to the past.

Hot fresh meat: After the livestock and poultry are slaughtered, a series of biochemical changes occur in the muscle under the action of tissue enzymes and external microorganisms. After the animal is slaughtered, the meat temperature has not been lost, and it is soft and has less elasticity. This kind of meat is in a fresh state. , The meat that has not lost its body temperature before death is called hot fresh meat.

Chilled meat: also known as chilled meat, chilled meat, refers to the strict implementation of the veterinary quarantine system, and the rapid cooling of the slaughtered animal carcasses, so that the carcass temperature is measured at the center of the hind leg meat within 24 hours. 4 degrees Celsius, and keep fresh meat in the range of 0-4 degrees Celsius during subsequent processing, distribution and sales.

Frozen meat: The meat after slaughter is first frozen in a cold storage below minus 28&deg;C, so that the core temperature is lower than minus 15&deg;C, and then stored in an environment of minus 18&deg;C, and sold in a frozen state.

Developed regions in Europe and the United States are not used to eating frozen meat, and more than 80% of the circulating meat in the market is cold meat at zero to four degrees. In China, due to differences in economic level, consumption habits, and production methods, 70% of the entire national market is hot fresh meat and frozen meat. At present, the consumption of chilled meat in my country is about 30% for pork and less than 20% for beef and mutton.

In the next 10 years, chilled meat will become the mainstream of development, but there is also a demand for chilled consumption for some high-end products, especially products with long distance and long shelf life. With the upgrading of the consumption structure and the structural reform of the supply side, in order to meet the market demand, the modified atmosphere preservation technology that can guarantee high quality and long shelf life will gradually be popularized and applied.

After 30 years, China's meat consumption market should be similar to developed regions in Europe and the United States. Frozen meat will be greatly reduced in fresh meat consumption, and chilled meat and chilled meat will become mainstream. But now my country is still dominated by hot fresh meat and frozen meat, and freezing and thawing technology will continue to be used in meat processing.

At present, freezing and thawing technology is mainly used in slaughtering and processing enterprises. In the future, I think it will enter the homes of ordinary people. Just like a refrigerator, it has a refrigerating room, a freezing room and a fresh-keeping room. In the future, a defrosting room can be designed. When people leave home for work in the morning, they put the frozen meat in the defrosting room, and when they come home at noon or at night, they can get the quality and frozen meat. Thaw the meat almost the same as before.

"Artificial meat" will not become mainstream

Some foreign companies and institutions are working to find perfect meat substitutes, such as "artificial meat" (vegetarian meat) made of plant protein that has been mass-produced, or meat pieces directly cultivated with animal stem cells.

"My attitude is to neither encourage nor oppose it, and leave the power to consumers and let them choose by themselves." Industry experts believe that everyone has their own consumption rights and choices.

There are many traditional Chinese meat products with a long history and unique flavor in China, such as Jinhua ham, Peking duck, Xinjiang Dapan chicken, Dezhou braised chicken, Hunan bacon, Pingyao beef, Ningxia hand-caught meat, etc., but at present, most of these special meat products use It is produced in a manual workshop, with unstable quality, outstanding quality and safety problems, and high energy and water consumption.

With the breakthrough of intelligent green manufacturing technology and equipment for traditional meat products, traditional meat products will be industrialized. At that time, Chinese food will be fragrant in the world, and it will become a nutrition and health industry with an output value of hundreds of millions and benefit the world. In order to promote the innovation and development of my country's meat food production and processing technology, speed up the branding of the industry, and improve the level of meat food safety, Zhejiang Mingwei Machinery Co., Ltd. produces a fresh modified atmosphere packaging machine, and the preservation technology reaches the forefront.